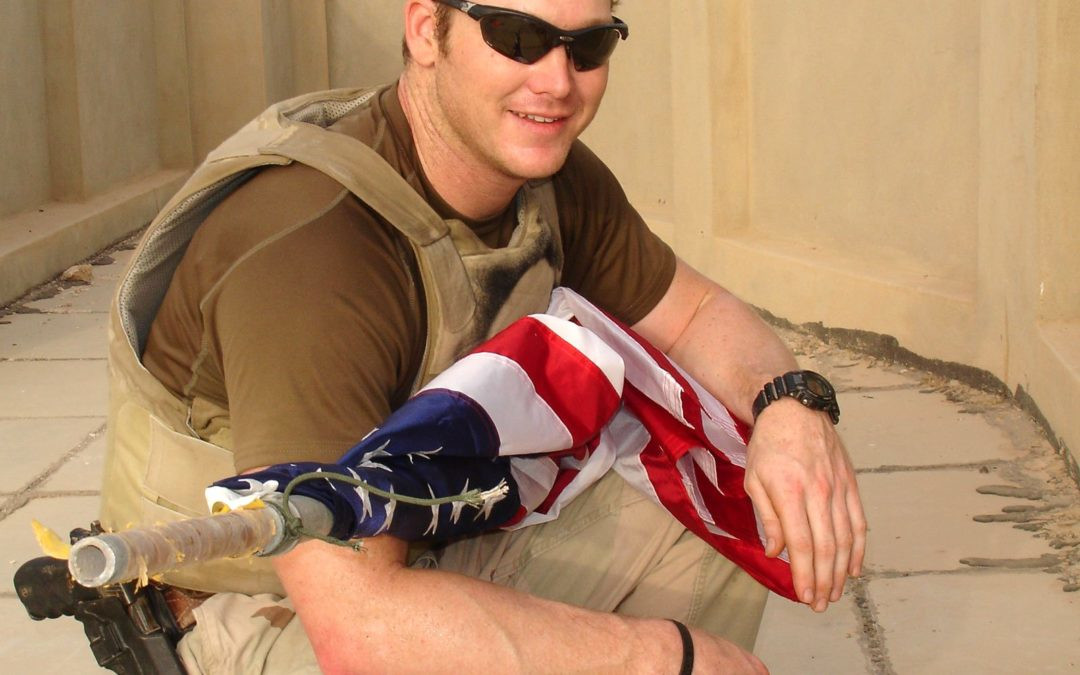 From 1999 to 2009, U.S. Navy SEAL Chris Kyle recorded the most sniper kills in United States military history. Iraqi insurgents feared Kyle so much, they named him al-Shaitan (“the devil”} and placed a bounty on his head. Kyle earned legendary status among his fellow Teammates, Marines, and other military soldiers and airmen, whom he protected with deadly accuracy from rooftops and stealth positions.

Before untimely passing in 2013, Chris was a devoted son, brother, husband, and father in North Texas, continuing his efforts to help Veterans re-acclimate to civilian life and combat stress carried home.

As our first inductee into the Legacy of Patriots, Honor Cafe will be serving some of Chief Kyle’s favorite foods including pork ribs, a good steak tri-tip, and buttermilk pie at our steamer table during the lunch hour. Absolutely none of the steamer table dishes will include olives as Chief Kyle did not like them. At this time, we’ll also allow customers to write short appreciation notes to his family. Last but most certainly not least, Honor Cafe will honorably welcome Chris’ family to our grand opening event.